I’d won 300+ creative awards before I stopped counting. I’ve also managed to win one for writing the strategy of the year.

Awards are simply the byproduct of doing great work.
Make your efforts relevant to both consumer and product and the awards will come; anything else is folly.

Awards measure creativity and nothing more.
The purpose of that thing we call 'creative' is simple. To make the ad - and, by extension, its message - stand out from the clutter. And if you've ever judged an award show, you know about clutter – judging means looking at thousands of ads in just a few hours. The ones that win are the ones that standout; the ones that capture the judges' attention. In those ads, the creative has done its job. But winning a Grand Prix at Cannes doesn't necessarily mean you've got an effective ad on your hands. It takes smart strategy, creative and media working together to achieve that.

Awards are most useful as credits.
Although some of the heavier bits of hardware do make excellent doorstops. That noted, without awards, it would be a lot more difficult to know who was responsible for the best work.

Nobody judges the judges.
I've seen work win a Lion in Cannes and get nothing in a local show. Go figure.

Gold, Silver, Bronze or Certificate – who cares?
Chances are, your favourite ad in a show is not the one that got Best of Show. Personally, I prefer shows such as Communication Arts in which there are no medals; you're either in or you're not. What's more, in shows like CommArts, the judges vote independently so you don't get block voting and other scheming. Plus, weird stuff is less likely to get into the show simply because each judge was afraid to admit they didn't 'get it' and thus appear – horrors! – uncool if they didn't vote for it. I know what I like; you know what you like. Let's celebrate the best and not split hairs.

Awards are in danger of becoming irrelevant.
One-offs. PSAs. Cause ads. Fake ads. There seem to be more and more of them all the time. And anything that gets your creative department's creative rocks off but doesn’t do a thing to keep the agency’s paying clients in business can’t be good in the long term. Me, I’m tired of looking at annuals and seeing, predominantly, work that I’ve never seen as a consumer. Make yourself famous by making your clients famous. (And apparently, I'm not the only one who feels this way.)

Some links...
Other folks opining on the state of award shows:
What if Cannes celebrates the worst, not the best of advertising?
This Hilarious Appeal To Cannes Shows How Messed Up Charity-Based Ads Can Be
Cannes Grand Prix Generator

My work has been recognised on multiple occasions by:

My stuff has also appeared on “World’s Funniest Commercials”- type TV shows in England, France, Australia and the USA. 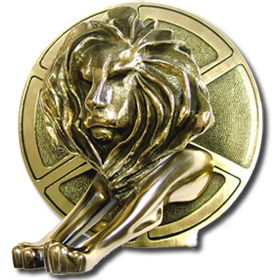